With 84 percent of people worldwide identifying with a religion, faith influences local, national, and international decision-making. Across the globe, violent extremism often is couched in religious terms, and religious discrimination is on the rise. At the same time, people of faith and religious organizations frequently are on the frontlines of peace efforts, assisting communities affected by violence. Although religious considerations have been marginal to peace efforts historically, governments and peacebuilding organizations increasingly recognize the importance of religion.

For 30 years, the U.S. Institute of Peace has been at the forefront of efforts to better understand religion’s role in conflict and peace, while harnessing the contributions of people of faith, religious leaders, practices, ideas, and institutions to promote inclusive societies and build sustainable peace. The Institute helps policymakers engage effectively with religious actors through its research, advising, and training. USIP also works directly with religious individuals and institutions during violent conflict to strengthen their peacebuilding skills and promote religious coexistence. Recent work includes:

Repairing Ruptures Within and Across Religions

USIP promotes appreciation for religious differences and fosters collaboration across divides within and between faith traditions. USIP’s interfaith and intrafaith work includes:

Iraq. USIP trained civil society facilitators in religious peacebuilding and supported them in implementing a series of local projects, including peace courses at sharia colleges and community discussions on religious violence and reconciliation.

Pakistan. USIP partnered with the Renaissance Foundation for Social Innovation to organize dialogues across 20 university campuses about interreligious and intrareligious violence and radicalization.

Sri Lanka. The Institute worked with the Centre for Peacebuilding and Reconciliation (CPBR) to form a coalition of 200 male and female faith leaders from Buddhism, Hinduism, Christianity, and Islam who mitigate local conflicts. Following the 2019 Easter bombing, CPBR is fostering local interfaith reconciliation with USIP support.

Through its on-the-ground research with local partners, USIP strengthens understanding of how religious ideas, practices, actors, and institutions influence both conflict and peace. Recent efforts include a global research project to examine the impact of religious actors in official peace processes.

USIP’s Mapping the Religious Landscape in Conflict-Affected States project is a unique methodology for peace practitioners to track and analyze the impact of religion. Mapping has been completed or is underway in Libya, South Sudan, Iraq, Rakhine State in Burma, and Ukraine. In addition to providing concrete data, this research helps policymakers determine the best approaches for establishing secure, sustainable peace.

Similarly, USIP’s Religion and Countering Violent Extremism Practitioners’ Exchange has explored the complex relationship between religion and violent extremist movements around the world. Convening policymakers, scholars, and practitioners from diverse settings, this series of global symposia has resulted in policy recommendations for those seeking to partner with religious actors in efforts to build resilience, promote reconcilation, and prevent and counter violent extremism.

The Institute also works with religious education centers to build knowledge, skills, and confidence in conflict prevention, mediation, and reconciliation. In Burma, Indonesia, Iraq, Nigeria, and Pakistan, USIP has supported peace studies curricula that resonate with local cultural and religious practices to ensure that the next generation of religious leaders are prepared to build peace. 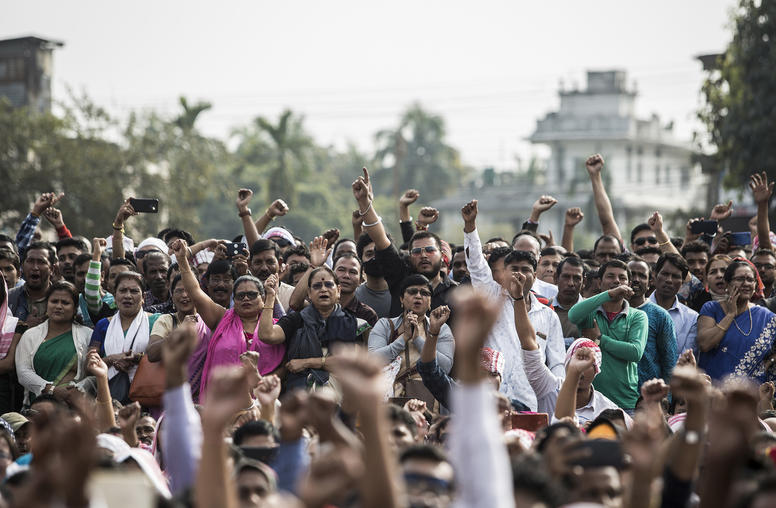 Last month, the U.S. Commission on International Religious Freedom listed India as a “country of particular concern” for the first time since 2004. The decision reflects increased religious hostility and sectarian conflict in India, which have been stoked further by the Citizenship Amendment Act (CAA) passed last December. In the five months since, the CAA’s use of religious identity as a criteria for citizenship has sparked widespread opposition and protest both within India and abroad. But while controversial, it is far from an isolated policy. It connects to a steady increase in religious discrimination and violence within India, throughout South Asia, and across the globe—raising important questions for policymakers and activists alike. 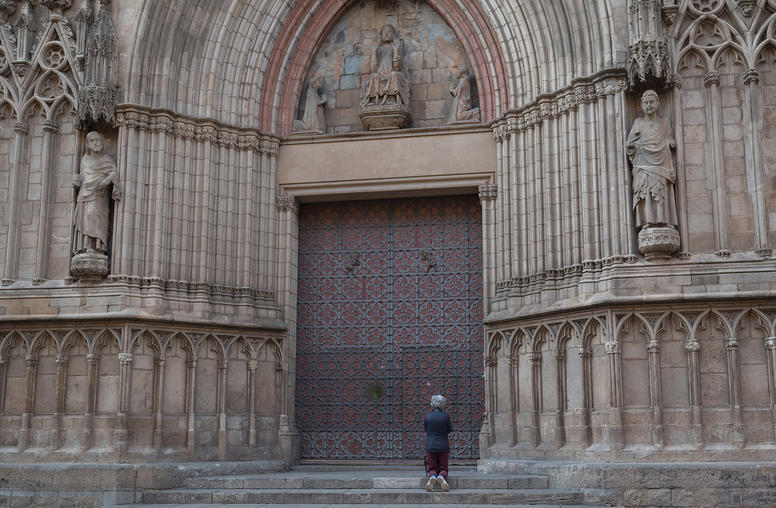 This month sees the confluence of three major religious holidays—Christian Holy Week, Jewish Passover and the start of the Muslim holy month of Ramadan—observed by half of the world’s population. In normal times, these holidays provide opportunities for followers to gather in homes and places of worship for ancient practices: sharing meals, reading scripture, joining in prayer. These aren’t normal times, however, as the coronavirus pandemic has emptied usually crowded religious sites. Mecca in Saudi Arabia, St. Peter’s Square at the Vatican, Shwedagon Pagoda in Myanmar and the shrines of Jerusalem are among those emptied of visitors and pilgrims.