“We are deeply saddened by the loss of Brent Scowcroft, a foreign policy giant and dedicated public servant whose work spanned several decades,” said USIP President and CEO Nancy Lindborg. “His tactful application of history, alliance-building, and diplomacy will serve as a model for years to come.”

“Brent Scowcroft established the paradigm for the role of national security advisor that has influenced every subsequent holder of that office,” said USIP Board Chair Stephen J. Hadley, who served in that role under President George W. Bush. “He helped guide the United States through some of the most turbulent moments in history with a steady hand and steadfast determination to build lasting peace.”

Since the opening of USIP’s George H.W. Bush Peace Education Center in October 2018, U.S. government and congressional representatives, foreign dignitaries, and guests have used Scowcroft Hall to host conversations that are critical to the Institute’s work and deeply relevant to the country’s national security priorities. Scowcroft Hall is and will continue to be an enduring testament to Scowcroft’s lasting contribution to our country.

The Rise of a Pragmatic Strategist

After Scowcroft graduated from West Point, his 29-year military career in the Air Force took him around the world before landing him a job in the Nixon White House in 1972. As military assistant to the president, Scowcroft accompanied President Nixon on his momentous trips to the Soviet Union and China. After excelling in his next role as deputy assistant to the president for national security affairs under Henry Kissinger, Scowcroft earned an appointment as President Gerald R. Ford’s national security advisor in 1975.

A Multilateral Approach to a New World Order

As the Bush administration considered how to ensure a peaceful transition to democracy and freedom in Germany after the fall of the Berlin Wall and avoid a Soviet backlash in the region, Scowcroft said he and Bush agreed that the “worst thing […] would be for the president to gloat that we’d won, because what we wanted was for this momentum to keep going.”

Scowcroft’s thinking also helped alter U.S. strategy elsewhere in the region, with the aim of liberating Eastern Europe from Soviet rule. The U.S. began increasing support to countries that were leading liberalization efforts and focusing less on those that were simply making trouble for the Soviet Union. In an interview with the Atlantic Council in 2009, Scowcroft noted that he had advised Bush to avoid holding any large public events during his 1989 visits to Poland and Hungary to prevent any substantial pro-U.S. demonstrations that might provoke the Soviets.

Scowcroft’s skillful diplomacy and strategy contributed to the Soviet acceptance of a united Germany into NATO in 1990. In his book, A World Transformed, which he co-authored with Bush, Scowcroft described this historic achievement as “personal diplomacy in the finest sense of the term,” adding, “Coalition-building, consensus, understanding, tolerance, and compromise had forged a new Europe, transformed and united. There was no Versailles, no residual bitterness.”

Scowcroft was also a key player in managing and attempting to rebuild the fraught U.S.-China relationship during his time as national security advisor under Bush, particularly in light of the 1989 Tiananmen Square massacre. Scowcroft’s diplomatic efforts and expertise on the China front would prove to be defining characteristics of his career.

The Atlantic Council looked back on Scowcroft’s multilateral strategy for the 1990 Gulf War as an example of his “unique and multi-faceted approach to protecting America’s international interests”—a legacy which the Council said “aimed to capture and institutionalize through the creation of the Brent Scowcroft Center for International Security” in 2012. During the war, Scowcroft warned Bush against pursuing any sort of U.S. invasion or occupation of Iraq after the liberation of Kuwait from Saddam Hussein’s forces, fearing, among other things, the loss of international military and diplomatic support.

An Enduring Vision of Shrewd Diplomacy

Discussing the troublesome situation in Iraq at a public gathering at a USIP Current Issues Briefing in 1998, Scowcroft highlighted the difficulty of using military force to induce behavioral change, stating, “One of the things we need to learn to do better—not just in Iraq—is to blend diplomacy and force.” Moreover, he continued to view the situation in Iraq in a wider context than simply “the U.S. against Saddam” and made note of both Arab perceptions of U.S. policy and the importance of keeping the international coalition at the U.N. together.

Scowcroft was a realist who believed in talking to your enemies, and his views on the importance of diplomacy in statecraft have been—and will remain—in the spotlight, underscoring the enduring significance of his insight within the U.S. foreign policy community.

In a 2005 interview with The New Yorker that shed some light into his worldview, Scowcroft voiced his disapproval of democracy building with military force: “[…] we ought to make it our duty to help make the world friendlier for the growth of liberal regimes,” he said. “You encourage democracy over time, with assistance, and aid, the traditional way.”

Serving as chairman emeritus of the U.S./Middle East Project, Scowcroft was a strong proponent of a peaceful resolution to the Israeli-Palestinian conflict through a two-state solution, and advised the U.S. to “speak truth, even when it may be inconvenient, to our closest of allies.”

The Institute feels honored to have hosted Scowcroft at numerous noteworthy events over the years. In January 2001, Scowcroft spoke at USIP’s Passing the Baton conference, which was designed to examine issues for the incoming George W. Bush administration related to national security and foreign policy.

In a March 2012 gathering at the Institute, co-hosted by the Nixon Foundation, commemorating the 40th anniversary of Nixon’s 1972 trip to Beijing, Scowcroft joined other architects of the historic opening with China—Henry Kissinger and Zbigniew Brzezinski—in meeting with other former officials and China specialists for a day-long assessment looking ahead at the political, economic, cultural, and strategic issues that defined the U.S.-China relationship.

Scowcroft will be remembered for his dedication to the even-handed and strategic use of diplomatic and military pressure in U.S. foreign policy. 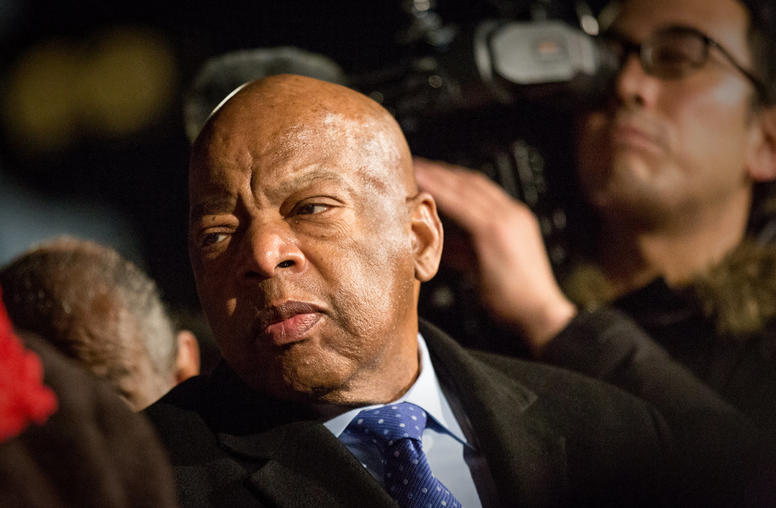