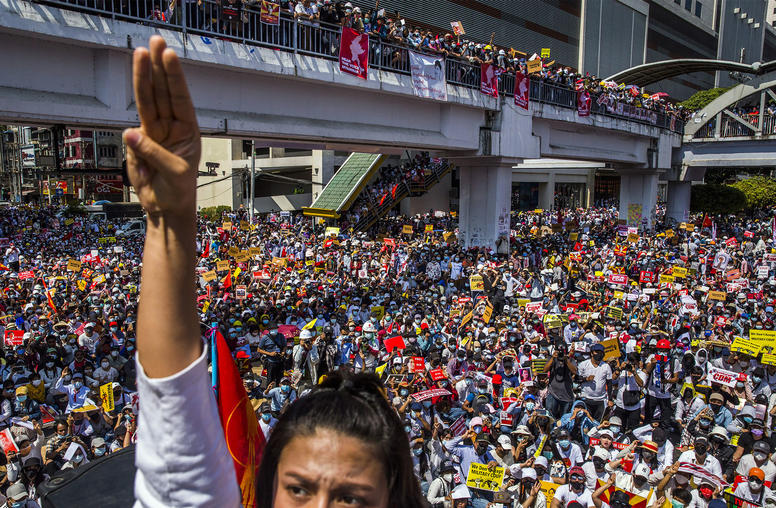 This Request for Applications (RfA) seeks research that develops innovative methods to improve peacebuilding practice through the study and application of democracy and human rights training in conflict zones worldwide.

Since its establishment in 1986, USIP's grantmaking has sought to seed and develop the international conflict resolution and peacebuilding field. The Institute has supported research, education, training, Track Two, unofficial diplomatic initiatives, and other peacebuilding projects, such as mediations and dialogues, undertaken by scholars and practitioners working at academic institutions, nongovernmental organizations and other nonprofit agencies both in the United States and around the world.

USIP grants have advanced understanding of and promoted impactful projects on themes that span the full life cycle of conflict—from early warning and conflict prevention, to negotiation, mediation and conflict management, to transitional justice, disarmament, demobilization and reintegration (DDR), and post-conflict peacebuilding. Over the years, USIP has awarded some 2,300 grants to organizations and institutions located in 46 U.S. states and the District of Columbia and in 90 countries.

The Institute has been proud to support the field of peacebuilding in its initial phases and to seed its intellectual development through seminal studies, such as Ashutosh Varshney’s Ethnic Conflict and Civil Life: Hindus and Muslims in India; Pumla Gobodo-Madikizela’s A Human Being Died that Night: A South African Woman Confronts the Legacy of Apartheid: and, I. William Zartman and Guy Olivier Faure’s Engaging Extremists: Trade-offs, Timing and Diplomacy.

To raise public awareness of conflict and peace-related issues in the U.S. and globally, USIP has funded documentary films, such as the Emmy-award winning In Rwanda We Say...The Family That Does Not Speak Dies, which explores the Gacaca, a community-based form of participatory justice; State of Fear, winner of the Henry Hampton Award for Excellence in Film and Digital Media and based on the findings of the Peruvian Truth and Reconciliation Commission; and A Force More Powerful, a compelling film that documents the successful use of nonviolent power to overcome oppression and authoritarian rule. These USIP-funded programs and many others have informed policy and touched the lives of both victims of violent conflict and those seeking to end it in conflict zones across the globe.

USIP grants have increased the breadth, depth, and reach of the Institute’s work and have, over the years, leveraged millions of dollars in funding from other donors. USIP remains committed to supporting peacebuilding researchers, practitioners and others around the world in their efforts to prevent, manage and resolve violent conflict and promote sustainable peace.

This Request for Applications (RfA) seeks research that develops innovative methods to improve peacebuilding practice through the study and application of democracy and human rights training in conflict zones worldwide. Priority will be given to applications which identify the factors impacting human rights education, outreach, and practice in fostering democratic values globally and the critical role they play in preventing and resolving violent conflict.

Once USIP has received a completed application in the FLUXX online grant management system, it undergoes a rigorous, confidential review by USIP staff and external subject matter experts. USIP’s Board of Directors makes the final decision on funding for grants.