Background: Ecuador returned from military to presidential rule in 1979, but a pattern of human rights abuses continued. The political situation was volatile, and Ecuador had six presidents between 1979 and 1996. Paramilitary groups outside the control of civilian authorities conducted repressive security operations with impunity. Ecuadorian landowners allegedly funded many of the paramilitary groups in an effort to eliminate resistance from farmers angered about stricter land regulations. Many violations of human rights took place under the pretext of eliminating outbreaks of guerrilla activity.

On September 17, 1996, the Ministry of Government and Police established a Truth and Justice Commission to investigate at least 176 cases of human rights abuses in Ecuador over the past seventeen years. After the Congress removed President Abdalá Bucaram from office in February 1997 in response to accusations of corruption and lack of popularity, the Truth and Justice Commission could not be sustained.

Charter: Ministerial Accord No. 012, September 17, 1996, Ministry of Interior and Police

Mandate: The Truth and Justice Commission’s mandate was to investigate and establish the truth about human rights violations that took place between 1979 and 1996, submit evidence to the judiciary, and provide reparations to the victims.

Commissioners and Structure: The commission was composed of seven commissioners: four Ecuadorian and three international.

Report: A report was never published due to the premature end of the commission's work.

Interamerican Commission on Human Rights. Report on the Situation of Human Rights in Ecuador 1997. Available at http://www.cidh.org/countryrep/ecuador-eng/index%20-%20ecuador.htm (accessed July 1, 2008).

Report on the Situation of Human Rights in Ecuador 1997. Available at http://www.cidh.org/countryrep/ecuador-eng/index%20-%20ecuador.htm (accessed July 1, 2008). 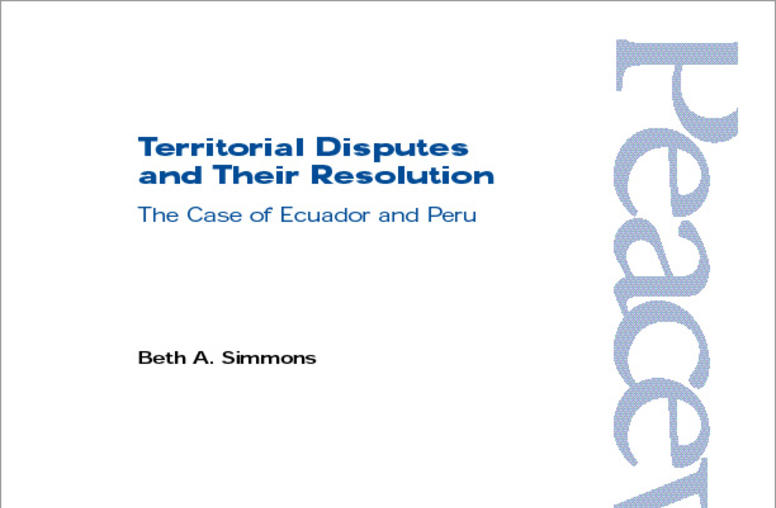 After nearly six decades of sporadic warfare over a relatively small stretch of disputed border, Ecuador and Peru signed an accord on October 26, 1998, that provides a definitive settlement of the remaining issues in their ongoing border conflict. The accord may not spell the end to future territorial disputes in the region, but it is historic in that it involves many actors working over many decades to achieve a settlement to a long-standing dispute.