Following Ireland’s constitutional referendum to legalize same-sex marriage, the newly appointed senior U.S. diplomat on human rights for gender minorities said he is “incredibly optimistic” about the prospects for the global campaign to guarantee such protections. Still, U.S. Special Envoy Randy Berry and an international group of activists said May 26 that gender-rights movements in many countries face tougher political landscapes than in Ireland and must rely heavily on more legalistic approaches to winning constitutional protections for their minorities.

“I have had … a huge number of positive offers of assistance—from businesses, from community activists, from grandmothers, from people in every walk of life.” – Randy Berry, U.S. Special Envoy

Three days after the Irish referendum results were announced, activists gathered at the U.S. Institute of Peace to discuss the worldwide campaign for the human rights of lesbian, gay, bisexual, transgender, intersex (LGBTI) and other gender-minority communities. While Irish campaign leader Moninne Griffith described how resistance to LGBTI rights melted in Ireland in recent years, activists from Grenada, Fiji and South Africa recounted the greater political and cultural resistance to such rights in their countries.

Berry, the first U.S. special envoy for the human rights of LGBT persons, said he has received “tens of thousands of messages of support” and “not a single” negative message, six weeks into his mandate to expand the U.S. government’s backing for gender-minority protections worldwide.

“I have had … a huge number of positive offers of assistance—from businesses, from community activists, from grandmothers, from people in every walk of life,” Berry said. “And that tells me that I have a superb wind at my back.”

“It was a big weekend” for gender-minority rights, said USIP President Nancy Lindborg, with “a new Gallup poll [that] shows that 60 percent of Americans now favor same-sex marriage.” The U.S. Supreme Court is expected to rule within weeks on whether same-sex couples have a right to legal marriage.

“Same-sex conduct is still outlawed in at least 80 countries globally,” said Berry, a career diplomat. “And in a handful of those, the penalty remains death.” The U.S. government is “working to support local, national and international efforts that aim to both repeal these negative laws that further undermine human rights as well as promote the passage of new laws that positively reinforce the message of equality,” he said.

While some countries have been able to transform their political cultures from the grass roots, “cultural norms such as patriarchy are so entrenched in many societies that majoritarian politics have historically had difficulty correcting imbalances and discriminatory practices on their own,” Berry said. “So to overcome inequities, many countries are addressing the rights of the oppressed and marginalized populations through … their constitution-drafting processes.”

Ireland, dominated by the Roman Catholic Church and its teaching that homosexuality is sin, treated gender minorities as criminals until 1993. While 84 percent of Irish citizens identify themselves as Catholic, 62 percent of voters defied the church hierarchy’s guidance and voted May 22 to legalize same-sex marriage.

Irish public opinion was turned significantly in the past decade by the legal struggle of two women theologians to keep the marriage they had solemnized in Canada, said Moninne Griffith, director of Marriage Equality, which helped lead the campaign in favor of the constitutional amendment.

The acceptance of same-sex marriages in other countries reinforced the Irish campaign and reduced people’s fears “of what would happen to Irish society,” Griffith said. “We were able to point at countries that for a decade had had marriage equality and the sky hadn’t fallen down.” In the campaign for the May 22 vote, “I knew that all we had to do [was] to tap into Irish people’s sense of fairness and equality,” she told the USIP audience.

Countries with large political constituencies hostile to gender-minority rights have nonetheless written protections into their constitutions, noted Jason Gluck, a rule-of-law specialist who directs USIP’s program in constitution-making. South Africa’s post-apartheid constitutions in 1993 and 1996 were the world’s first to specifically protect human rights against discrimination over a person’s sexual orientation.

“South Africa, unfortunately still to this day, has severely negative attitudes towards the LGBTI community,” said Michael Dafel, a South African human rights law expert. “A grassroots, social-based movement, as we saw in Ireland, was never going to be an option,” Dafel said. So gender-minority rights activists built a “very strategic and focused campaign” that “in some sense… relied on being a little bit quiet.”

The South African campaign focused on direct lobbying of the drafters of the country’s 1990s constitutions, recalling the racial and gender oppressions of the apartheid regime. They argued “that the type of oppression that LGBTI persons faced” was similar.

Critical to the campaign’s success was the openness of South Africa’s constitution-writing process, in which “any person could write submissions to the [drafting] committee,” Dafel said. “Surprisingly, they received more petitions in support of including this prohibition of discrimination on the grounds of sexual orientation than what they received against it.”

Campaigners decided to “incrementally challenge the existing laws” in the constitutional drafting process and in the courts, starting “with the most egregious violations” of human rights, Dafel told the USIP audience. With each victory they then tried “to progressively move up to the recognition of same-sex marriage,” an issue they brought to South African courts in 2005.

Scoring a First in Africa

“The Constitutional Court, which contained members that were very sympathetic to the gay rights movement, held that the law as it stood was unconstitutional, and it referred it back to the legislature,” Dafel said. “A year later, South Africa became the fifth country in the world and the first in Africa to recognize same-sex marriage.”

“Within the space of 12 or 13 years, we went from recognizing sexual orientation as a protected ground in our constitution to recognizing same-sex marriage,” Dafel said. “Still, to this day, South Africa doesn’t have a major civil society organization that keeps the pressure on our government to ensure that LGBTI interests are constantly protected. … We still suffer a homo-prejudice within society” that includes harassment, rape and murder, he said.

The Pacific island nation of Fiji has seen a similar evolution, said Michelle Reddy of the Fiji Women’s Rights Movement. Successive constitutions since the 1990s have written “increasingly inclusive” language about gender-minority rights. But even if “you have really great progressive language in a constitution, it doesn’t necessarily mean that it trickles down to full realization … that lives automatically change,” she said.

The Caribbean nation of Grenada is similar to many countries in having majorities that oppose marriage or similar rights for gender minorities, said Richie Maitland, the co-founding director of the advocacy group Groundation Grenada. He cited a public opinion poll released in November 2014 by the United Nations program UNAIDS that found about 38 percent of Grenada citizens describing their attitudes toward LGBTI persons as “strong homophobia amounting to hate.” About 59 percent “said they did not believe that LGBTI people should have equality,” Maitland said.

When Grenada’s government held open hearings on a set of constitutional reforms, Maitland and his colleagues argued in favor of gender-minority rights, an act that generated “a lot of news coverage, a lot of robust debate.” While opposition to their cause was loud, and authorities did not include LGBTI rights in their proposal for strengthened civil liberties, the discussion was critical to “unpack the homophobia,” said Maitland.

“We went from being booed at the beginning,” he said, “to being applauded by some members of the … audience in the end.” 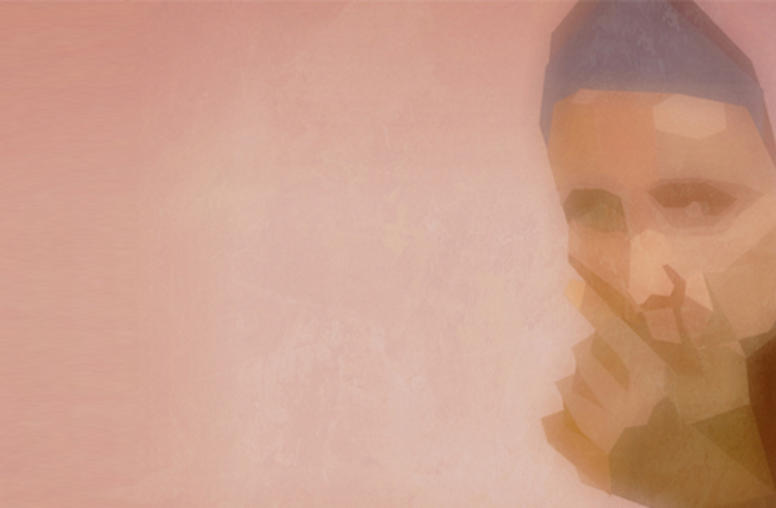 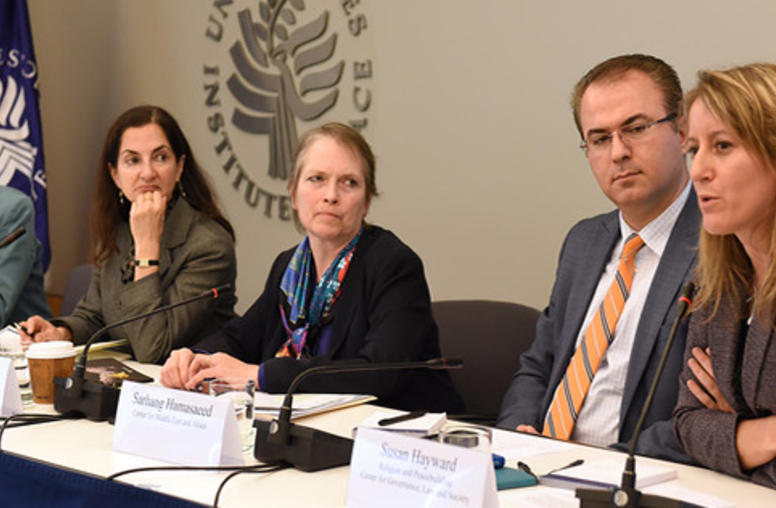 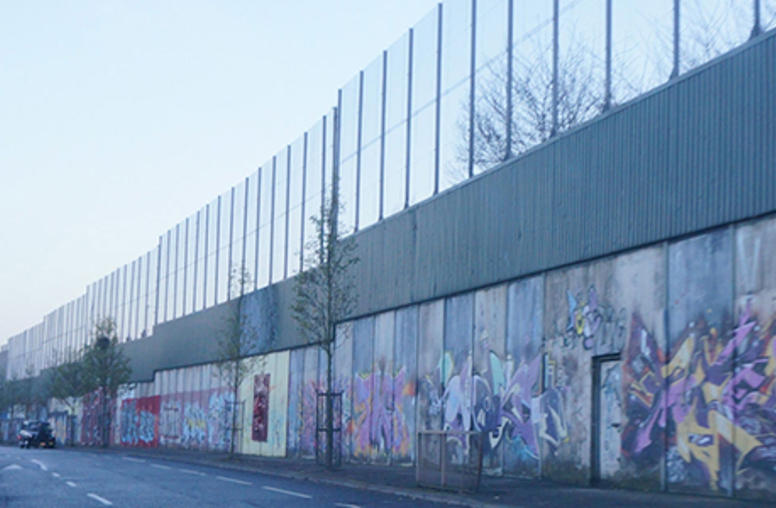 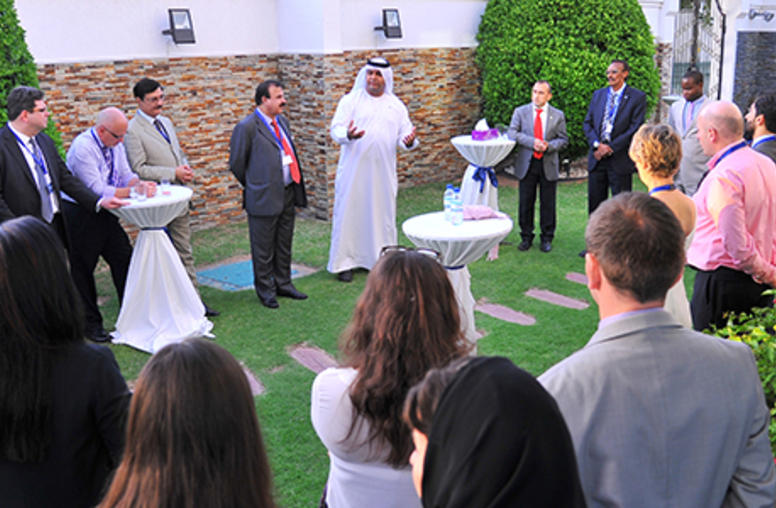 From Northern Ireland to Somalia to Pakistan, police leaders and ministry officials attending a series of courses that USIP co-hosted on community policing expressed surprise that they faced common challenges -- from the threat of violent extremism and from the complexities of their own organizations.