Defense Secretary Leon Panetta outlined a bold plan at the United States Institute of Peace to build the capacity of other countries and thereby reduce the strains on the U.S. when it comes to solving the world’s security problems.

"As the United States helped turn the tide in Iraq and Afghanistan, confronted terrorism in the FATA, Yemen, the Horn of Africa and the Philippines, and participated in the NATO operation in Libya that helped bring down Qaddafi, the approach of working with and through others has only grown in importance to our mission of defending this country," Panetta said during a speech at USIP June 28. The job of "training, advising and partnering" with foreign military and security forces has moved from the periphery to become a critical skill set across the armed forces," he said.

Panetta spoke at the USIP during the fifth annual Dean Acheson Lecture, created by USIP's board and a celebration of the former statesman and peacemaker. Acheson, a former secretary of state under President Truman, is credited with confronting the rise of Communism in the middle of the 20th century and helping to design the Marshall Plan after World War II.

Panetta noted that USIP's own work is in keeping with the kind of vision he has for security cooperation.

"This institute's work has saved lives, and enhanced our national security," he said. "In doing so, it has stayed true to the spirit of the man whose legacy we celebrate tonight, Dean Acheson."

Panetta, who served in Congress when the Institute was created, under President Ronald Reagan, recalled the foresight leaders had to create USIP's charter in remembering President Richard Solomon, who will step down this summer after 19 years.

"Under your leadership, this institute has transformed itself from a research center into an organization that provides invaluable expertise to prevent, to mitigate, and to manage conflict throughout the world, deploying staff to Iraq, Afghanistan, Libya and other conflict zones," Panetta said. "And that is really what was envisioned when we were working on the legislation at the time – not to just have a research facility, but to have a facility that would actively engage in the effort to preserve peace."

But it was his partnership initiative that brought him to USIP. Confronting a budget crunch that could lead to mandatory cuts later this year and a public wary of any more massive deployments of troops, Panetta said recent trips overseas have pointed up the efficacy of building these partnerships.

The secretary's "strategic approach" to security cooperation means the U.S. must have "comprehensive and integrated capabilities in key regions" to confront security challenges and that DoD improves nations' "skill sets and capabilities." To do this, the Pentagon must streamline the department's own processes to better achieve that end, Panetta said.

The secretary pointed to a trip he made to Colombia earlier this year. The U.S. spent years training and equipping the military there to take on the FARC – the narco-militant group the Revolutionary Armed Forces of Colombia. On many levels, that effort, and those in other countries he's visited, is seen as a success.

"What I saw in those countries reinforced a new reality," Panetta said. "In the past, the United States often assumed the primary role of defending others: we built bases, we deployed large forces across the globe to fixed positions; we often assumed that others were not willing or capable of defending themselves."

The new strategy Panetta outlined "recognizes that this is not the world we live in anymore," Panetta said.

"It is clear to me that there is more that can be done to facilitate defense cooperation, with traditional allies and new partners alike."

Indeed, much of the work USIP does around the world is, broadly, in building the capacity of other nations to confront their own problems by way of ending or preventing conflict.

"The Institute of Peace represents an idea of profound importance- that this country must find non-violent ways to prevent and manage international conflict and develop the capabilities to stabilize and reconstruct nations after war," said J. Robinson West, chairman of USIP's board, in introducing the lecture. "Our job is to help find practical solutions for a dangerous world."

USIP has had a long-established partnership of its own with the Defense Department, said Richard Solomon, outgoing president of USIP.

"Our work with the military today spans the full spectrum of what we do here at USIP – from practical training for military personnel in the skills of conflict management to ‘whole of government' collaborations between civilian NGOs and military personnel, to on-the-ground stabilization and reconciliation programs in zones of conflict," he said, in introducing Panetta.

But little of this vision can be realized without the help of Congress, said Panetta.

The defense secretary sent a signal to lawmakers that it is important to work in the same spirit as those who have come before, to come together to work through differences and confront national security challenges together.

"Too often today, the nation's problems are held hostage to the unwillingness to find consensus and compromise," said Panetta. He pointed to the dangers of "artificial devices" such as sequestration – mandatory spending cuts – which he said would threaten American national security policy.

"It is clear that even as we turn the page on a decade of war, the international security environment will remain complex and threatening," Panetta said. "But as we look at each challenge we face, it is clear that we have many allies and partners who share an interest in helping advance a common security vision, and that we are more secure when they are more capable of helping us." 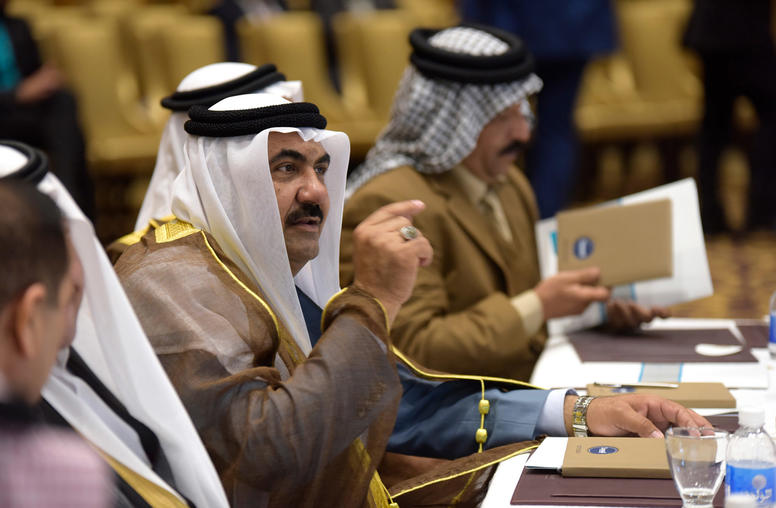 As more emphasis is placed on the role of national and local efforts in peacebuilding, support organizations may increasingly look for opportunities to bolster national and local facilitator networks. This report shares findings from a meta-review commissioned by the United States Institute of Peace that examined networks it supported in Afghanistan, Colombia, Iraq, Pakistan, and Tunisia. It provides recommendations for creating and sustaining networks that successfully operate with the resources and technical assistance available.

North Korea announced on September 13 that it had tested long-range cruise missiles over the weekend. It described the missiles as a “strategic weapon of great significance.” The test caused alarm in North Korea’s neighbors — South Korea and Japan, both U.S. allies — as the revelation now puts both countries within striking distance. But despite the test, a spokesperson for the Biden administration said the United States remains prepared to engage with North Korea. USIP’s Frank Aum discusses the significance of the tests, the arms race on the Korean Peninsula, and what signals North Korean leader Kim Jong Un may be sending to the United States with this latest test.