As Washington struggles to revive the Arab-Israeli peace process, Kurtzer and Lasensky offer the definitive guidebook on how to broker peace in the Middle East.

Washington, D.C. — President Bush’s recent attempts to reinvigorate the Middle East peace process will fail unless his administration pays more attention to lessons learned in past negotiations, say Daniel C. Kurtzer, former U.S. ambassador to Egypt and Israel, and Scott B. Lasensky, Middle East expert at the United States Institute of Peace (USIP). The authors of the new book Negotiating Arab-Israeli Peace: American Leadership in the Middle East conclude that there can be no endgame, two-state solution to the Arab-Israeli conflict without the United States playing an active role in spurring the negotiations.

"The absence of American leadership during this administration, combined with a blatant disregard for what worked in the past, has harmed American national interests and set back the quest for peace. Yet our research shows that no other third party has the kind of influence that the U.S. has in Arab-Israeli negotiations," says Kurtzer. "In fact, over the last 40 years, the peace process has never moved forward in a meaningful way in the absence of U.S. leadership."

"No one can deny that the intensification of the conflict has destabilized the region and hamstrung America's position post-9/11," says Lasensky. "Without continuous, constructive engagement, the United States jeopardizes many of its own security and foreign policy goals. But the decline in American diplomacy has been a relatively recent phenomenon, and it can be reversed. Our country’s influence remains substantial, and there are many past American achievements that can be the basis for a new starting point."

With the clock running out on the Bush administration and its efforts to forge a Middle East peace, Kurtzer and Lasensky offer ten core lessons as well as policy recommendations to guide the current and, more likely, future administrations in future negotiations.1 The next president must establish the Middle East peace process as a priority early in the administration and must convince all parties that Washington is committed to resolving the conflict. "Winning back the hearts and minds of both Arabs and Israelis must be a top priority, but it can only be the beginning. If the United States does not make the effort on a sustained basis, we cannot expect others to fill the gap, and the situation will only deteriorate in the long term," Kurtzer says.

Negotiating Arab-Israeli Peace is the culmination of the work of the Study Group on Arab-Israeli Peacemaking, convened by USIP in 2006–07. Led by Kurtzer and anchored by Lasensky, William B. Quandt (University of Virginia), Steven L. Spiegel (UCLA), and Shibley Telhami (University of Maryland and the Brookings Institution), the study group conducted confidential interviews in the United States, Europe, and the Middle East with 100-plus negotiators, political figures, and civil society leaders, virtually every key participant from all sides of the conflict.

In addition to grading recent administrations’ efforts to engage Israelis and Palestinians and prioritizing steps for current and future administrations, Negotiating Arab-Israeli Peace includes primary source documents, maps, and a timeline of regional events since 1967.

Kurtzer and Lasensky’s views do not necessarily represent those of the U.S. Institute of Peace, which does not take policy positions.

Daniel C. Kurtzer
Ambassador Daniel Kurtzer holds the S. Daniel Abraham Chair in Middle East Policy Studies at Princeton University’s Woodrow Wilson School of Public and International Affairs. President Bill Clinton appointed Kurtzer as United States Ambassador to Egypt, where he served from 1997 to 2001. President George W. Bush appointed Kurtzer as United States Ambassador to Israel, where he served from 2001 to 2005. Kurtzer, a thirty-year veteran of the United States Foreign Service, was an early member of the State Department’s peace team and was deeply involved in the negotiations that led to the Madrid peace conference. The author of numerous essays about U.S. diplomacy and the Middle East and a leading public commentator and lecturer, Kurtzer holds a Ph.D. in political science from Columbia University. In 2006 he worked with the Institute as an advisor to the Iraq Study Group on regional and strategic affairs.

Scott B. Lasensky
Scott Lasensky is a senior research associate at the United States Institute of Peace, focusing on Arab-Israeli relations and the regional dimensions of the Iraqcrisis. He is also acting vice president of the Institute’s Center for Conflict Analysis and Prevention. He has taught courses on Israel, the Middle East, and U.S. foreign policy at Georgetown University and Mount Holyoke College. Lasensky was a fellow in the Studies Program at the Council on Foreign Relations in New York and a research fellow in foreign policy studies at the Brookings Institution. He holds a Ph.D. in politics from Brandeis University. Lasensky was awarded a Fulbright research fellowship and was a term member of the Council on Foreign Relations.Negotiating Arab-Israeli Peace sets forth a compelling, interests-based framework for American engagement in the peace process; provides a critical assessment of U.S. diplomacy since the end of the Cold War; and offers a set of ten core “lessons” to guide the efforts of future American negotiators. 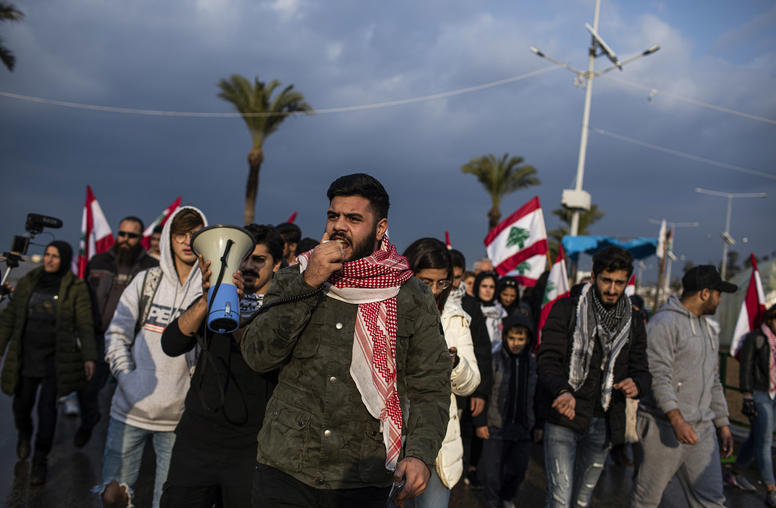 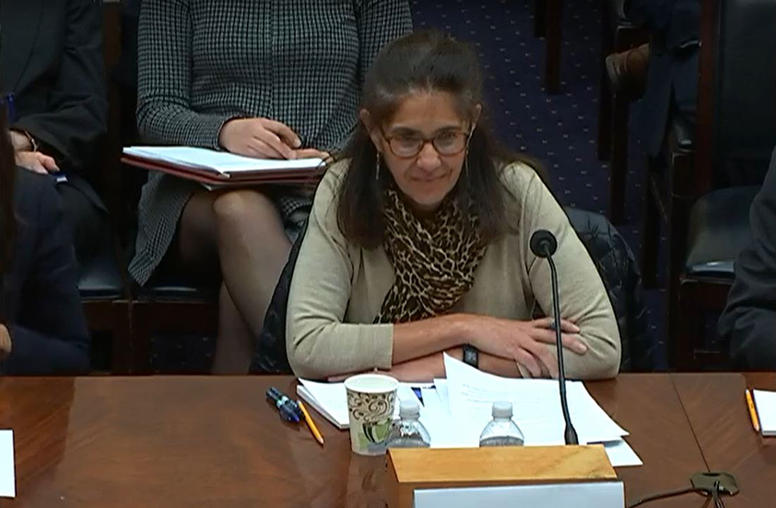 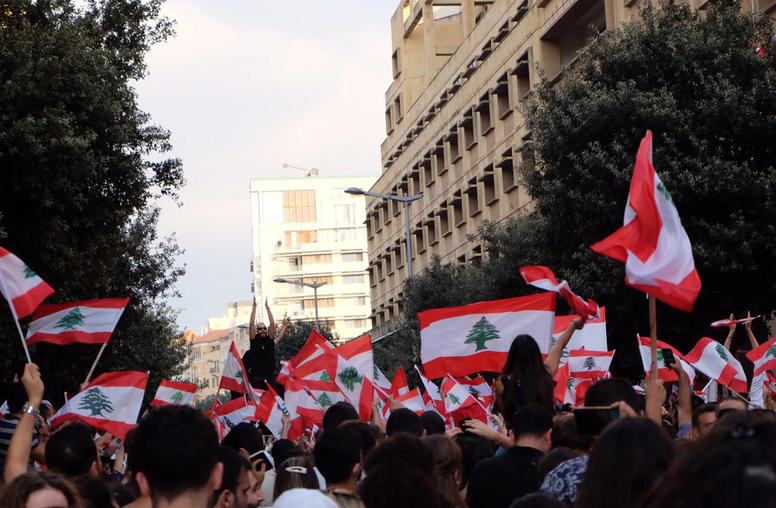 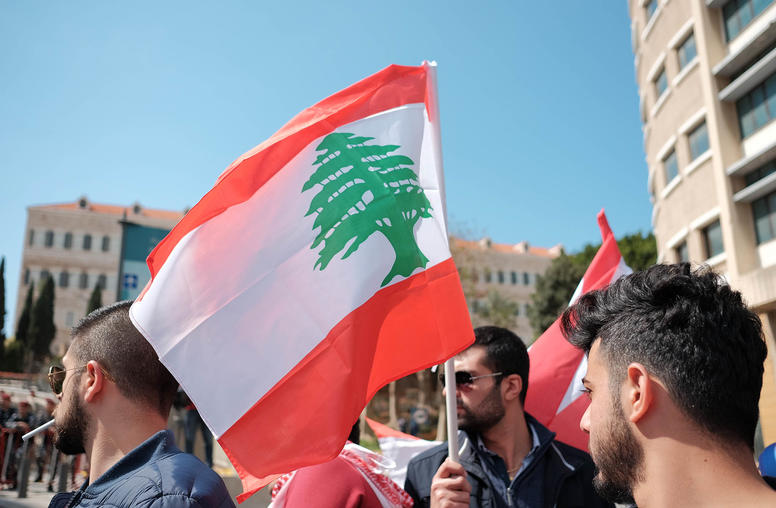 On May 6, Lebanon held parliamentary polls—its first in nine years—under a new electoral law. I served as an international observer with the National Democratic Institute’s (NDI) mission. It was a unique opportunity to witness firsthand Lebanon’s complex political system. Deployed to Zahle, a multi-confessional district in eastern Lebanon, I gained a deeper appreciation of the election’s enormous challenges and limited bright spots.