The office seeks to understand the role of military, diplomatic, and economic activities of major powers in fragile regions and countries and to build local capacity and awareness around these issues. The office will focus on emerging, collective issues such as arms control and strategic stability. Where possible, the office seeks to build transparency among local, regional, and global actors to advance peace and avoid confrontations between major powers.

The Office of Strategic Stability and Security is engaged in the following efforts:

The office seeks to strengthen arms control and strategic stability among the world’s most powerful nuclear-armed states. A confluence of factors is weakening the safeguards that have helped to secure the world against nuclear war for decades. Cold War-era arms agreements are deteriorating while accelerating technological advances have enabled the use of new cybernetic and hybrid weapons. These changes threaten strategic stability and have created the need for new concepts of arms control—an issue that was at the center of USIP’s initial years of work during the Cold War. The office works to examine these challenges and to develop new concepts for peacebuilding. USIP’s expertise and experience—in facilitating unofficial dialogues, in research and analysis with U.S. government partners on strategic stability problems, and in productive dialogue with Russian interlocutors—enable the Institute to equip policymakers with the tools to preserve a stable and peaceful world.

The office leverages its expertise and convening power to examine Russia’s impact on conflict dynamics in USIP-priority countries and other states worldwide, with the goal of advancing research and providing policy recommendations to the U.S. government and other relevant actors, as well as on-the-ground experts and local authorities. This work improves the prospects for peace through transparency and dialogue in USIP-priority countries. In conjunction, the office works with USIP’s extensive regional programs to build the capacity of local policymakers and civil society to acquire the tools, knowledge, and resources needed to avoid or manage conflict.

Russia’s illegal attempt to annex Crimea in 2014 and its ongoing military intervention in Ukraine’s eastern oblasts of Donetsk and Luhansk—which has killed over 14,000 Ukrainians and counting—represent the gravest challenges yet to the order that has kept the peace in Europe among major powers since World War II. The international community has been trying to resolve the war, but to no avail thus far. The office will seek solutions to this conflict through unofficial dialogues, both at the senior level among former policymakers from Russia and Ukraine and at the citizen level among Ukrainians on both sides of the line of contact in Donbas.

As Moscow and Beijing advance their interests, the U.S. should focus on supporting a sustainable peace in the war-torn nation.

As four leaders meet in Paris, the question is still whether Russia really wants to end its war. 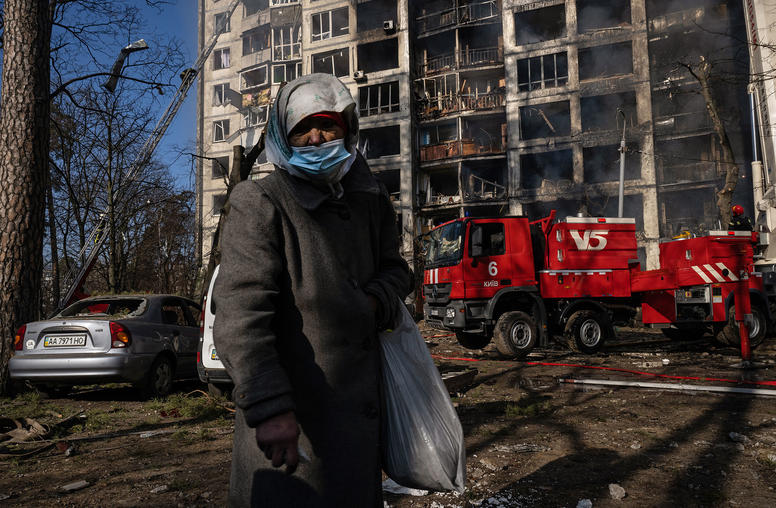 Three weeks of heroic resistance by Ukraine’s troops and citizen volunteers, buttressed by a historic international outpouring of support, have denied Russian President Vladimir Putin the lightning seizure of Ukrainian cities that he expected in his brutal assault. As Russia continues to indiscriminately bomb Ukraine’s cities, the stalled ground offensive may force Putin to recalculate. He could escalate violence, but also may be forced to negotiate — and a series of meetings between the two sides could be laying the groundwork for an agreement to stop the fighting. But to even consider any real negotiation, Putin must finally recognize that 44 million Ukrainians and their supporters will resist indefinitely. 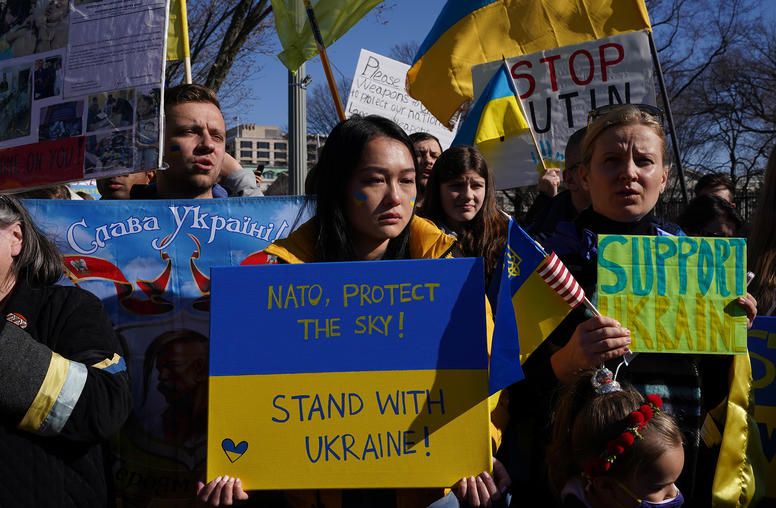 In just 15 days of Russia’s massive, new assault on Ukraine, democracies worldwide have mounted a historic act of repudiation — diplomatically, economically, militarily and morally. Nations are painfully cutting off trade with Russia. Thousands of public protests across 93 countries, including Russia, are deepening Vladimir Putin’s isolation. This collective support for Ukraine and rejection of Putin’s war is arguably the most unified global response to any act of state violence since the world’s opposition to European fascism during World War II. Sustaining it is how we can defeat Putin’s threat to world peace.

For the first time in 20 years, USIP's Donald Jensen says we've seen cracks in Russian elites' allegiance to Putin: "While they're still amorphous and not very organized, they're clearly unhappy." And if the war drags on and losses mount, "Putin has a big, long-term problem on his hands."