The Informing Criminal Justice Reform in Libya project was launched in July 2020 to fill existing knowledge gaps on correctional facilities in Libya and the criminal justice system in the Fezzan region. In partnership with the U.S. Department of State’s Bureau of International Narcotics and Law Enforcement Affairs (INL), this project aims to strengthen the rule of law in Libya by providing the international community and Libyan officials with a more complete picture of the region’s institutions, as well as actionable recommendations to inform the development and implementation of future policy and programming.

Libya has struggled to emerge from bouts of conflict since the overthrow of the Qaddafi regime in 2011. Hope for a political settlement was dashed in April 2019 when the Libyan Arab Armed Forces launched an offensive on Tripoli and the U.N.-backed Gover nment of National Accord. Since then, the conflict has become more complex as aspiring regional powers compete inside Libya, and issues such as how to disarm, demobilize, and reintegrate (DDR) the complex mosaic of militias and how to reform security forces loom large. Libya’s transitional justice process has stalled, and the rule of law has been severely weakened. A comprehensive understanding and knowledge of the criminal justice sector by Libyan officials and the international community is vital as a basis to strengthen the rule of law in Libya.

USIP has partnered with the Libyan Ministry of Justice (MOJ) since 2012, working with them and other justice and security actors to strengthen the rule of law in Libya through research, capacity building, and dialogue. USIP also facilitated prison directors and others to create and implement action plans on topics such as secure release of prisoners and juvenile detention. This new project will build on the outcomes of USIP's previous work, including research on policing in Libya, drug trafficking and use, and assessing the prison system. USIP’s Informing Criminal Justice Reform in Libya project aims to establish a foundation for effective and evidence-based reform through two complementary research initiatives:

Libyan correctional facilities, which include detention centers and prisons, are deeply dysfunctional and suffer from problems ranging from human rights abuses to bureaucratic inefficiency. For international actors to partner effectively with the MoJ, the Judicial Police, and the Ministry of Interior to contribute to security sector reform (SSR) and DDR, they require a more thorough understanding of the scope of these problems and their underlying causes, especially in light of changes made post-April 2019.

The Prisons and Detention in Libya Research Initiative will focus on mapping and analyzing the existing correctional facilities in Libya by updating the “Prisons and Detention in Libya” report that USIP produced with INL support in 2015-2016. The updated assessment will inform stakeholders of how best to support Libyan authorities’ reform efforts.

The country’s southern region of Fezzan remains marginalized, politically disenfranchised, and as a result, frequently underappreciated by both Libyan policymakers and international actors. The Fezzan region’s proximity to the largely ungoverned Sahel has allowed illicit activities such as human trafficking, drug smuggling, and potential links to transnational organized crime to become widespread. As such, understanding the components of the criminal justice system in the south—including how the formal structures of policing, prisons, and courts mesh or compete with informal, powerful actors—is an essential first step towards improving it.

The Fezzan Criminal Justice Mapping Research Initiative will map criminal justice sector actors and institutions at the community and regional levels in the Fezzan region since the escalation of the national-level conflict in 2019. This research will result in actionable recommendations and identification of strong regional partners, which will enable USIP and other stakeholders to design evidence-based interventions to improve the criminal justice system in the Fezzan region in the coming years.

Findings and recommendations from the two research initiatives will be disseminated through public events with partners and stakeholders in Libya and the United States. Also, to complement its longstanding partnership with the MoJ, USIP will support officials to communicate positive reforms. 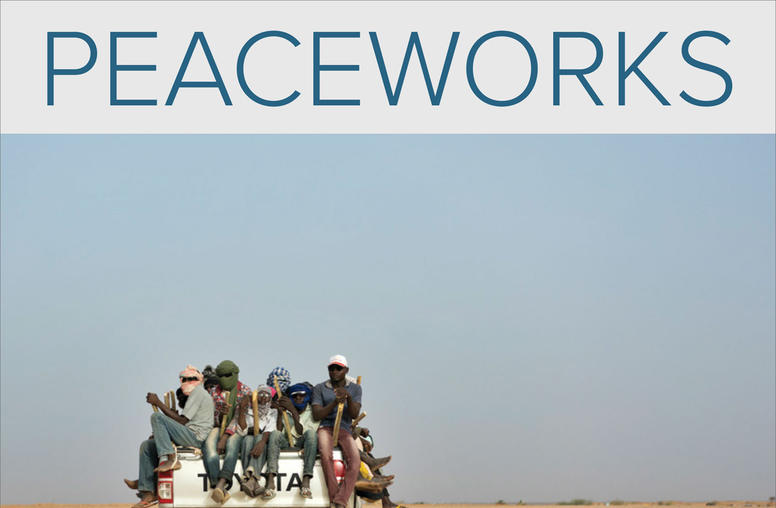 This report explores how illicit drug trafficking and drug use in Libya has shaped and been shaped by the country’s ongoing conflict. 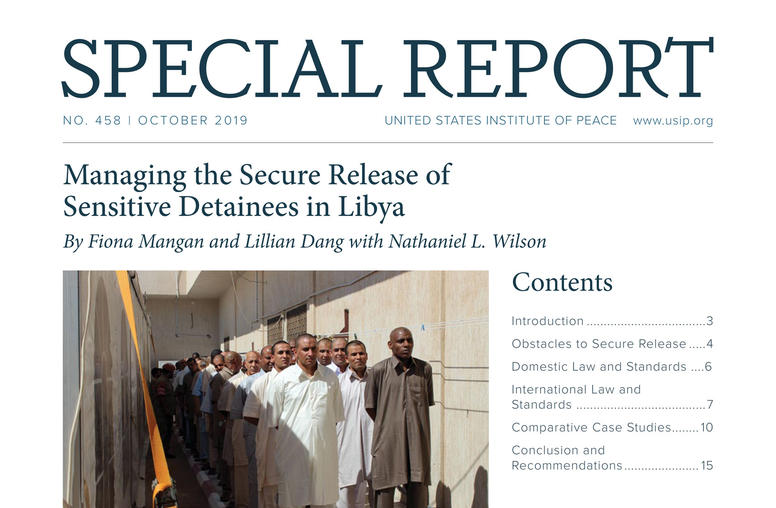 This report examines the domestic and international laws and standards governing the secure release of these detainees and provides a number of policy ideas for addressing the shortcomings of Libya’s current release procedures. 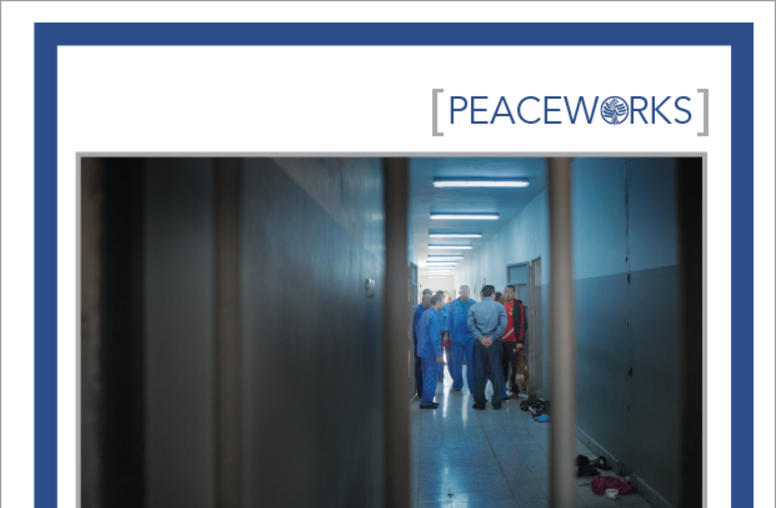 With the permission of the Libyan Ministry of Justice and Judicial Police, United States Institute of Peace (USIP) research teams conducted two assessments of the Libyan prison system, visiting detention facilities throughout the country in 2012 and again in 2015–16 to evaluate organizational function, security, infrastructure, and prisoner well-being. 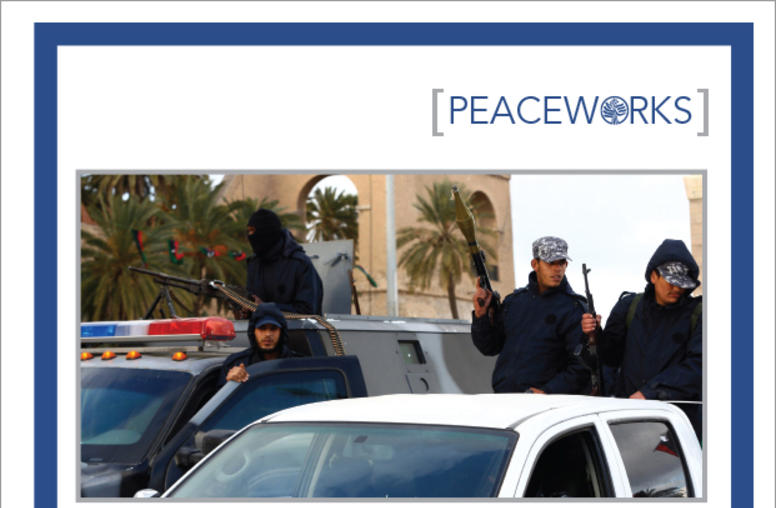 This report examines the different directions that policing in Libya has taken since the fall of Gadhafi in 2011.