Tyler Jess Thompson is a senior expert on negotiations and peace process support at USIP. Thompson joined USIP after five years with the U.S. government as a senior adviser on peace processes at the State Department and as an adviser on atrocities prevention at USAID.

Thompson has been a strategic adviser and trainer on cease-fires drafting, peace negotiations, atrocities prevention, transitional justice, and post-conflict constitutions for governments, parties, and civil society in a broad range of countries in the Middle East, Africa, Southeast Asia, Europe, and Latin America. Thompson is formerly the policy director for United for a Free Syria and an adviser to a coalition of pro-democracy Syrian-American advocacy and educational organizations. For five years, Thompson served as legal counsel at the Public International Law & Policy Group (PILPG), where he directed their cease-fires practice area. He managed PILPG's offices focusing on justice, rule of law, transitional issues, and crisis negotiations in Tripoli, Libya, and Pristina, Kosovo.

Thompson holds a Juris Doctor and a master’s from American University. He holds a bachelor’s in English and gender studies from Boston College. 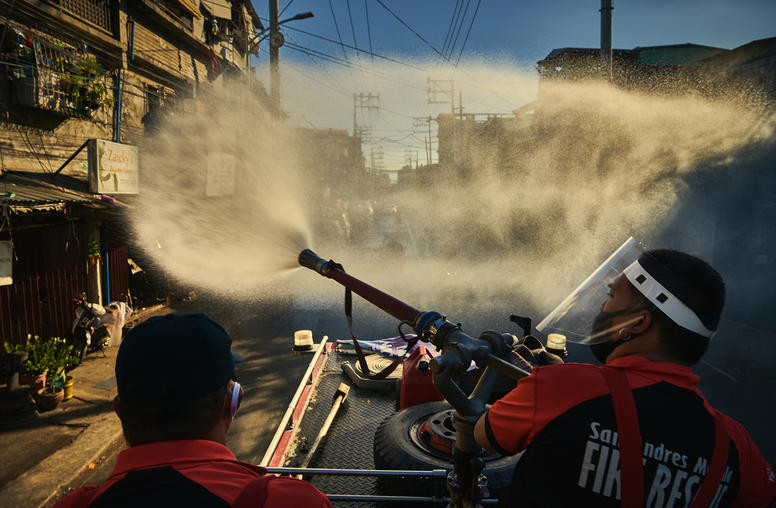 On March 23, 2020, as COVID-19 was first appearing in many conflict-affected areas, UN Secretary-General António Guterres issued a call for warring parties to cease hostilities and instead wage battle against the pandemic. Drawing on an examination of conflicts in Afghanistan, Colombia, Cameroon, Israel and Palestine, Libya, the Philippines, Syria, Ukraine, and elsewhere—this report looks at how COVID-19 has affected conflict parties’ interests, positions, and capacities, and provides recommendation for how the international community leverage the pandemic to promote peace.