Debra Liang-Fenton is senior program officer with USIP’s Academy. Her focus is on exploring strategies for establishing good governance in post-conflict environments, and creating institutional networks for successful transitions. Liang-Fenton is a specialist on issues of human rights, preventing electoral violence, and building foundations for sustainable peace.

From 2000 to 2007, Liang-Fenton served as the founding executive director of the U.S. Committee for Human Rights in North Korea, a nongovernmental organization dedicated to promoting human rights in North Korea. Under her leadership, the organization launched (with partner organization DLA Piper) a major campaign invoking the Responsibility to Protect doctrine with Nobel Laureate Elie Wiesel, former Czech President Vaclav Havel, and former Norwegian Prime Minister and founder of the Oslo Center for Peace and Human Rights Kjell Magne Bondevik. She is also responsible for exposing North Korea’s political prison camp system, publishing for the first time prisoner testimonies and satellite images of North Korea’s gulag.

Prior to the her work for the committee, Liang-Fenton directed USIP’s Human Rights Implementation Project, where she led a working group over a three-year period, distilling best practices for U.S. human rights policy based on lessons learned from 14 countries. Liang-Fenton also served as a founding editor of the Journal of Democracy, and was a program officer with the National Endowment for Democracy, exploring issues of accountability, political party development, and transitions.

Liang-Fenton serves on the Board of Directors of the Committee for Human Rights in North Korea (2007-present). She was awarded a Reagan-Fascell Fellowship at the National Endowment for Democracy (2004), and delivered the keynote address at Amnesty International’s Annual General Meeting in 2003. 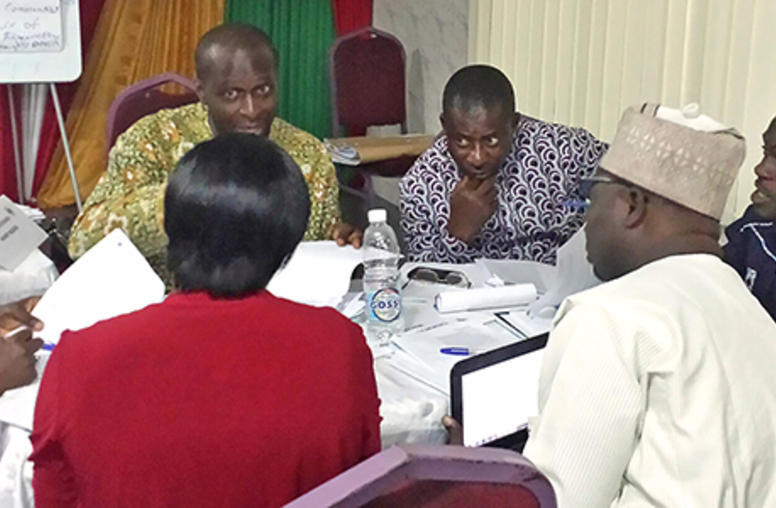 Nigeria's February 2015 general elections have been described by former Assistant Secretary of State Johnnie Carson, a senior advisor at the U.S. Institute of Peace, as being both "intensely watched and extremely important." The vote poses risks as the country struggles with internal conflicts, but it also presents possibilities for citizen engagement and political stability.  Yet a workshop we conducted recently in the capital Abuja exposed some critical gaps in efforts to prevent election-r... 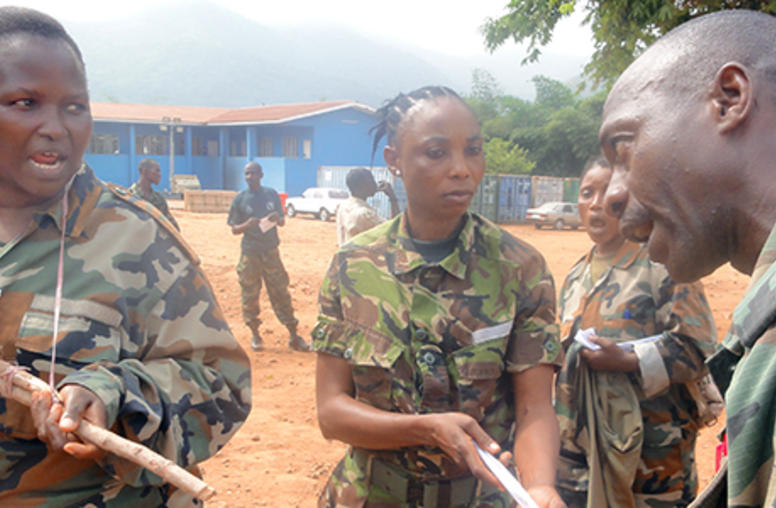 Sierra Leone is demonstrating that it understands the important role women can play as peacekeepers.  Half of the 50 Sierra Leone military personnel participating in a recent workshop by USIP on negotiations and communication in peacekeeping were women, an important development considering the unit will be deployed in Somalia.