Locals call the insurgent group “al-Shabaab”—in part because the group reminds them of the al-Qaida-linked Somali terrorist organization of the same name. This year violence against civilians doubled from 2019 levels. In November 2020, al-Shabaab militants burned the farming community of Muatide to the ground, herded 50 of its residents onto a soccer field and beheaded them. Routine al-Shabaab atrocities and human rights abuses by Mozambican security forces deployed to the region have forced more than 350,000 people to flee their homes.

As ISIS touts al-Shabaab’s exploits and backs the insurgents with increasing levels of operational and tactical support (including formal incorporation into the Islamic State in Central Africa Province in April 2019), counterterrorism analysts and Africa watchers should be deeply concerned about the increasing efficacy and sustainability of ISIS’s franchising efforts across the continent. Without a thoughtfully calibrated international intervention, terrorism may be entrenched in a new theater with equally long-term impacts on human security and regional stability.

The Mozambican government’s response of deploying army units to take on the insurgents, has backfired, at the cost of lives, time, and state legitimacy. Security forces deployed to Cabo Delgado have arbitrarily detained and summarily executed suspected terrorists abuses against civilians, threatening to exacerbate and expand the threat of violent extremism along the East African coast: al-Shabaab has already conducted brazen cross-border attacks in neighboring Tanzania.

Mozambique cannot manage this crisis on its own. After a string of military defeats by the insurgents, the government began looking for outside help. In August 2019, President Filipe Nyusi met with Russian President Vladimir Putin to secure the help of the Wagner Group—a shadowy mercenary outfit with direct ties to the Kremlin. The situation only worsened; insurgents inflicted heavy losses on Mozambican forces and Russian contractors, causing the Russians to withdraw abruptly just months after arriving.

The result of the government’s mismanagement has been that in just three years, al-Shabaab has graduated from attacking small villages to mounting complex, multi-pronged attacks on Mozambican security forces and strategic towns like the port city of Mocimboa da Praia, which the group has controlled since August. Regional players are increasingly concerned. Mozambique’s neighbor (and regional hegemon) South Africa has offered to provide military support to this failed strategy, lest insecurity threaten its northeastern border. As 2020 closes, the crisis in Mozambique continues on a downward trajectory, increasingly resembling the continent’s protracted counterterrorism challenges in the Sahel, the Horn, and the Lake Chad Basin.

It’s Not Too Late

International policymakers’ fatigue in dealing with groups like Mozambique’s insurgents is understandable: since September 11, 2001, the United States and its allies have been engaged in the so-called “forever war” against Islamist terrorist groups across the globe. In sub-Saharan Africa, the United States has built military and intelligence partnerships in vulnerable countries in the hopes that better trained, equipped, and informed local forces can defeat terrorist groups militarily. Sadly (and predictably), this emphasis on military responses has largely failed to staunch the spread of terrorism. In Somalia, Nigeria, and several countries in the Sahel, terrorist groups are absorbing military pressure and continuing attacks against security forces, peacekeepers, and civilians. Routine abuses by security forces against the civilians they are supposed to be protecting only fuels local grievances and the cycles of new recruits and alliances that repopulate violent extremist groups.

In the context of failing counterterrorism efforts elsewhere in Africa, the deteriorating situation in Mozambique should encourage policymakers to reframe what has thus far been purely a militarized counterinsurgency and counterterrorism response to an integrated human security strategy that addresses political, economic, religious, and social dimensions driving the violence in Cabo Delgado. The Mozambican government and citizens, donors and security assistance providers, and even (or perhaps especially) multinational energy companies, all have a role in shaping the approach.

The trendlines are deeply concerning in Mozambique, but the violence has not yet reached the severity of conflicts in the Sahel, North Africa, and the Horn of Africa. As the United States and others pay more attention to threats emanating from Cabo Delgado, they should avoid the proven failures of an overly-militarized counterterrorism approach. Revising the playbook can demonstrate that private sector actors can be a force multiplier in reestablishing formal governance in the region; that the Mozambican government can respect human rights while better protecting its citizens from violence; and that the international community can cooperate and buoy efforts to amend a failed counterterrorism strategy to one centered on peacebuilding and civilian protection.

China is the fourth largest foreign investor in Africa—more than three thousand Chinese firms operate there. An important but often overlooked aspect of this investment is the emergence of Beijing’s evolving corporate social responsibility policies and how they are applied, especially in Africa, which is what this Peace Brief explores. 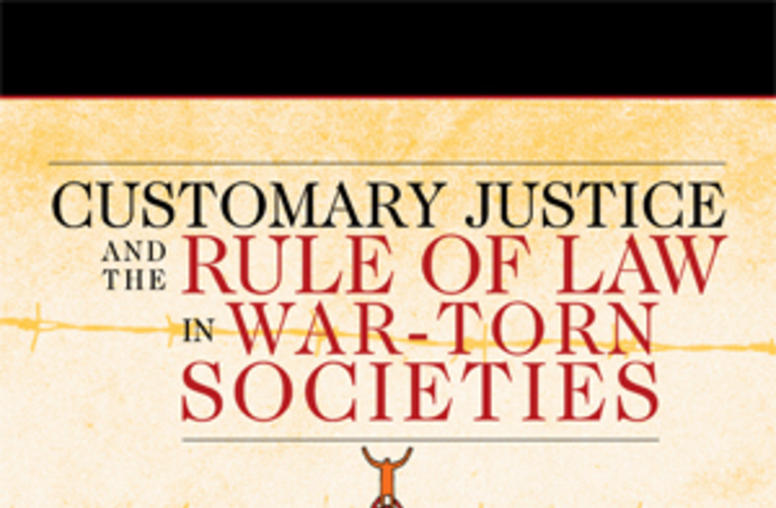 Customary Justice and the Rule of Law in War-Torn Societies presents seven in-depth case studies that take a broad interdisciplinary approach to the study of the justice system. Moving beyond the narrow lens of legal analysis, the cases—Mozambique, Guatemala, East Timor, Afghanistan, Liberia, Iraq, Sudan—examine the larger historical, political, and social factors that shape the character and role of customary justice systems and their place in the overall justice sector. 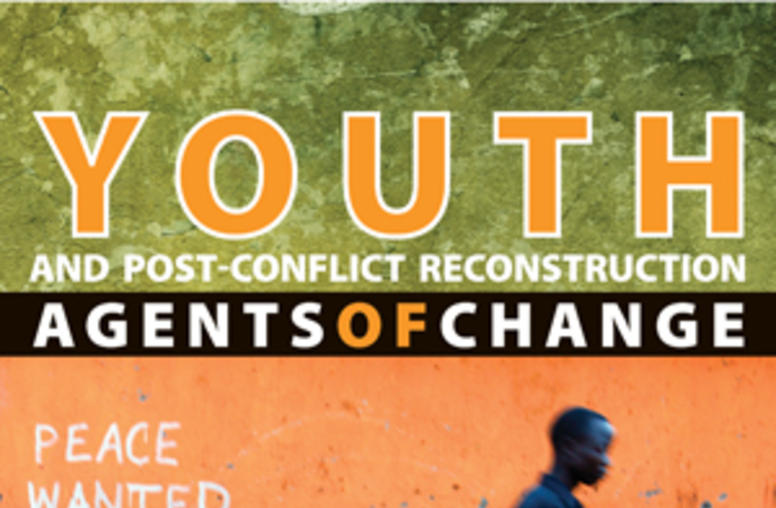 In conflict and post-conflict situations, youth constitute a reservoir of energy. Some young people choose to fight or are forced into a life of violence.  Others  are able to work to improve their communities, contribute to peacebuilding, reconciliation and reconstruction,  and become invested in their countries’ future peace. Youth and Post-Conflict Reconstruction: Agents of Change uses three cases of post-conflict reconstruction—Mozambique, the Democratic Republic of the Congo, and Kosovo—...