How can land and regional planning tools be used to help settle virulent ethnic conflicts? What lessons can be taken from places such as Sri Lanka, Estonia, and Israel as to what role land use and settlement policies can play in overall inter-ethnic relations and political stability in multiethnic societies in zones of conflict? On January 23, 2004 the Institute hosted a presentation by senior fellow Oren Yiftachel on "Ethnocratic States and Spaces."

A professor of geography at Ben Gurion University in Beer-Sheeva, Yiftachel explored the dynamics between political geography, spatial engineering and containment, and ethnic conflict through a comparative analysis of land and settlement policies in three representative cases: Sri Lanka, Israel, and Estonia. His presentation concluded with policy implications and suggestions for future agendas for research and peacemaking.

The author of over 80 journal articles and book chapters on ethnicity, urban planning, and political geography, Yiftachel is a former senior lecturer with the Department of Urban and Regional Planning at Curtin University of Technology (Perth, Australia) and has served as a consultant for local governments throughout Israel and Australia.

Where is the line between a democratic and ethnocratic regime in societies embroiled in virulent ethnic conflicts? Institute senior fellow Oren Yiftachel during his presentation discussed the preliminary findings of his research on "Ethnocratic States and Spaces" and provided a theoretical conceptual framework for analyzing ethnocratic regimes and their impact on ethnic relations, political stability, and land tenure arrangements. Building on his previous work in this field, Yiftachel noted in opening that the conflicts he had chosen to study during his fellowship not only pose particular challenges for conflict resolution specialists, but also have the potential to teach us about the role of land policies in various phases of conflict, conflict resolution, and peace building. In fact, he suggested that employing this type of approach and analysis more frequently may prove particularly compelling for other conflict resolution scholars and practioners as land claims and settlement policies in many cases are central to a large percentage of ethnic conflicts.

Giving a description of his work at the Institute over the past several months, Yiftachel stated that his research develops a general model showing ethnocracy to be a distinct regime type that promotes the ethnicization of contested territories and power structures, yet undermines the concept of the "demos" (or the state). Yiftachel then identified six major regime "bases" which shape the nature of the state through discourse and policy. These include: (a) demography (immigration, citizenship); (b) the nature of the armed forces; (c) the spatial system (land, settlement, and planning); (d) the constitutional setting; (e) the flow of capital; and (f) the culture of the public sphere. However, "does the ethnicization of contested territories and power structures lead to more or less stability?" Yiftachel asked.

Yiftachel argued that research into this question indicates that "the project of ethnicizing the homeland is inherently unstable." Moreover, when ethnicization does reach a hegemonic status, it is riddled with contradictions, particularly vis-à-vis the state's self-proclaimed status of democracy, that inherently generate resistance and instability. To illustrate this point, Yiftachel then discussed the application of this process of ethnicization in three representative states: Sri Lanka, Estonia, and Israel.

While there are obvious differences between the three states in terms of each one's particular history, economy, culture, and geography, Yiftachel stressed that, the main commonality which makes these cases comparable is the institutionalization of an ethnocratic project "within" a self-declared democratic setting. Therefore, several important democratic characteristics, such as separation of powers and elections, exist alongside a state project of deepening ethnic territorial, political, and demographic controls, which entails the exclusion of communities of permanent residents considered as "external" such as the Russians in Estonia, Palestinians in Israel, or Tamils in Sri Lanka. This combination, he stated, thus sets "open" ethnocratic states, including the three cases, apart from democratic or authoritarian nation-states.

However, the types of ethnic spaces and spatial power are, of course, never fixed in time, Yiftachel cautioned. Instead, they are influenced by a myriad of forces, such as immigration, urban and rural developments, mining, settlement, war, and natural disasters. In addition, they are also shaped by the level of ethnic conflict and the changing "power geometry" over specific spaces, Yiftachel suggested. In particular, a central force to influence ethnic geography has been state and public policies, where states have placed great emphasis on the shaping of ethnic space(s). In ethnocratic states, which are intrinsically contested, the main policy emphasis he stressed has been on the expansion and deepening of majority control over "its" exclusive homeland territory.

Yiftachel then underscored the importance of state policies in dealing with relations between minority and majority populations. States that combine partial democratic frameworks with policies of ethnic expansion, he noted, select policies that stretch between three main approaches: oppression, maintenance of the status quo, and accommodation. Discussing the application of these policies by the states of Estonia, Sri Lanka, and Israel, Yiftachel pointed out that while oppression might appear to be effective in the short term, it often backfires in the long term. In the case of Sri Lanka, for example, the state has resisted the demands of the ethnic minority through oppression, and some 70-80,000 people have died in the past two decades. Further, in Israel the Jewish control of contested lands within Israel has constrained Palestinian space, such that 97 percent of the lands in Israel proper are under Jewish control. In fact, in the past 15-20 years, he noted, while the Israeli state has sought to maintain the status quo, recent Supreme Court decisions have challenged discriminatory land policies and favored land allocations according to principles of social justice. Estonia, on the other hand, Yiftachel noted, has chosen a policy of gradual accommodation whereby it has given increased autonomy to the previously disenfranchised Russian population. Hence in contrast with Sri Lanka and Israel, over the last five years Estonia appears to be moving toward a long-term settlement within a single multi-cultural state, wherein Russians will enjoy full citizenship.

Concluding his presentation, Yiftachel underscored the importance of the nature of spatial and land policies in general, and the critical import of "policy dynamics" in particular to conflict resolution. Yiftachel stressed that in Estonia, and to some extent in Israel, public policy towards minorities has gradually improved, thereby preventing the eruption of open violent conflict. On the other hand, he cautioned, in Sri Lanka ethnocratic public policies have deepened the oppression of minorities, resulting in escalating violence. 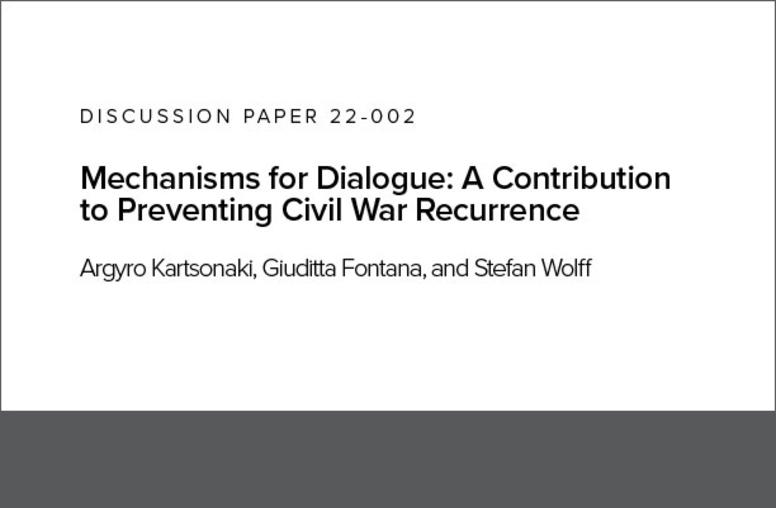