If Afghan peace activists are engaged in the negotiations, they could hold the key to gaining the buy-in of ordinary Afghans by communicating what a positive peace could look like in their daily lives. After all, research shows that for peace to be durable, the process by which it is reached must be inclusive of all sectors of society, including those working at the grassroots. Grassroots nonviolent movements have created the pressure needed to negotiate durable peace deals after civil war in Liberia and Nepal and served as counterweights to keep parties honest through democratic transitions in Tunisia and Sudan.

Despite being exhausted by 40 years of conflict, in recent years, Afghans around the country have organized peace marches, bicycle rides, poetry competitions, social media campaigns, and art festivals to push for an end to violence. They have also laid out their expectations for more transparent and accountable government services. While continuing this activism and peacebuilding work, many have also adapted to help stanch the spread of COVID-19, demonstrating their understanding of community needs.

USIP had the opportunity to hear from a room full of these local activists and peacebuilders during a workshop on synergizing nonviolent action and peacebuilding (SNAP) earlier this year in Kabul. The group shared stories about how they are organizing their communities to build peace from the bottom up, as well as the challenges they face in doing so. They strategized about how to integrate nonviolent action and peacebuilding tools to overcome these obstacles—including a culture of violence, low social cohesion, and fear—building on what is already working on the ground.

Transforming a Culture of Violence

“War has brought war thoughts to our community,” said Qarib Rahman, a member of the People’s Peace Movement (PPM). “Poverty and ignorance increase … day by day, and this … spreads the cloud of darkness on our community.” Fortunately, there are already local activists and peacebuilders in the country working to lay the ground for a sustainable peace.

Activists USIP interviewed said that pervasive, incendiary political rhetoric contributed greatly to the country’s violent culture. They pointed to this rhetoric leading to the kidnapping of mostly Hazara civilians by armed insurgent groups, as one example. One incident in November 2015 resulted in seven deaths, including a nine year-old girl. Angered and frustrated by the deteriorating security situation in the country and the lack of government accountability, activists organized the Tabassum movement later that month, which culminated in a large rally in Kabul with thousands in attendance from all major ethnic groups. Organizers succeeded in getting President Ashraf Ghani to the negotiating table to reinforce his commitment to address rising insecurity in the country.

Youth peace clubs, like those supported by USIP at universities across Afghanistan, are also providing young Afghans with alternative ways to constructively express their frustrations and nonviolently address them.

“I, myself, [believed] that leaders and politicians have a monopoly on peace and war. [But] when I joined the youth peace club, I realized how ordinary people can play [an] important role in building peace ... And now I am working for peace by raising awareness of peacebuilding and nonviolent action approaches, ”said Shafiq Soroush, a member of the Balkh University peace club. Under the COVID-19 social distancing requirements, the Balkh Peace Builders have been broadcasting “messages of peace” via social media and disseminating news and analysis on the ongoing peace process.

Most of the major nonviolent movements in Afghanistan have been organized along ethnic lines, much like Afghan society writ large. Afghans in remote and underserved parts of the country seek help and shelter within their own tribal structures. Several organizers said that this deep-rooted tribalism led to low social cohesion, making it very difficult to recruit members or volunteers across tribal and ethnic lines.

“We seldom talk about real issues like tribalism and discrimination. Instead, we pretend like they don’t exist,” said Tabassum movement co-organizer Khadim Karimi. This tension, activists said, limits their ability to build a sense of national pride or identity as they work for peace.

Afghan activists and peacebuilders are working to transcend these tribal and ethnic divisions in their push for peace. Tabassum’s organizers explained that they avoided ethnic slogans, speeches, or photos. “[We] contacted the social and political activists of other ethnic groups individually and in small groups and asked them to take part in these demonstrations,” said Karimi.

Launched in 2018, PPM is also working to address these issues directly as they organize marches and tents for community dialogues across the country. They focus on recruiting lead organizers from different ethnicities, who are then responsible for organizing local chapters of the movement committed to nonviolent action. They also set up large tents in each area they visit to facilitate dialogues about people’s vision for peace in their community and use Quranic teachings to counter violent jihadist messaging. There are 25 local chapters marching into Taliban and government-controlled areas to push for a cease-fire and a peace deal that reflects the demands of ordinary Afghans. Several activists credit PPM with building the additional pressure needed to push for the the peace talks last year.

In response to coronavirus, peace clubs are making “face masks for peace” to distribute to communities in Mazar-e Sharif and others are organizing fundraisers and collecting humanitarian supplies for those affected by the pandemic.

PPM has shifted from organizing marches for peace across the country to disemminating vital information on coronavirus.

Ultimately, bringing Afghans together across tribal and ethnic lines to develop a common vision for peace is key to building the social cohesion necessary to support a durable peace.

Overcoming the Fear of Violence

Despite Afghans’ desire for peace, many activists said they faced immense challenges in mobilizing community members to take action due to fear of reprisal and repression. In 2016, activists organized the Roshnayi-E Movement, which sought to protest the Afghan government’s decision to reroute the TUTAP power line from Turkmenistan away from a largely Hazara area. The movement organized several mass rallies in Bamyan and Kabul. Suicide bombers attacked the second mass rally in Kabul, killing over 80 people. The organizers were able to pressure the government to halt the project and organize an independent review later that year, but one activist said that group’s morale remained low after the attack took so many lives.

PPM has also grappled with the fear of violence that is ubitquious in Afghan society. The Taliban have detained and kidnapped PPM marchers as they pass through areas under the group’s control, though they are usually released unharmed after intensive negotiations. Rahman noted that he had been stopped at least 51 times and arrested five times while marching with PPM through Taliban-held territory. To help manage fear, PPM organizers use Whatsapp and Facebook to monitor members and send messages of encouragement to build solidarity and cohesion. Rahman said that because of this sense of community, “PPM member enthusiasm continues to grow.”

Other groups are using more diverse, lower-risk nonviolent action tactics, including art and poetry, to advocate for peace. These low-risk methods can decrease fear and often increase participation of more marginalized groups like women and children. One such group, ArtLords, is a collective of artists and volunteers who are using art and culture to communicate a desire for peace and social change throughout Afghanistan.

The Afghan peace process already faced significant challenges before the ongoing political turmoil and COVID-19. However, for decades grassroots activists and peacebuilders have been encountering these issues—low social cohesion and a culture of violence and fear—in their organizing work. With diverse and creative nonviolent tactics, activists are building bridges across ethnic divides and mobilizing more people to push for peace. By working directly with affected communities, these organizers are channeling the grievances and expectations of ordinary citizens into actionable demands to be incorporated into peace negotiations.

Their support and engagement in the peace process—paired with continued mobilization on the streets to keep the process inclusive and accountable—could provide the legitimacy needed to ensure an intra-Afghan peace deal is accepted by Afghans. These activists’s mobilization infrastructure could also provide effective ways to disseminate information and solicit input on key components of the deal, making it more likely to address the key drivers of violence.

As Soroush explained, “Political agreements and banning war cannot guarantee sustainable peace in the country. It’s ordinary Afghans [who] play the main role of keeping peace in the community.”

Ehsan Zia is the Afghanistan country director for the U.S. Institute of Peace in Kabul. 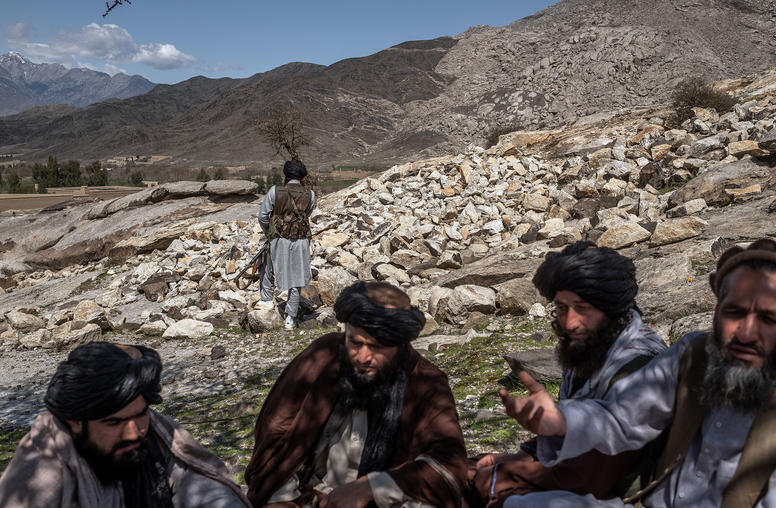