We got a good reminder today of how long it can take – and WHAT it takes -- to truly consolidate peace in a society after decades of conflict. U.S. President Barack Obama, speaking to 1,800 students and adults on his first stop in Europe, called for an end to segregated housing and education in Northern Ireland, and he appealed to the country’s youth to make the concrete choices needed to avoid backsliding on the peace agreement negotiated with American help 15 years ago.

Obama was speaking in Belfast’s glass-fronted Waterfront Hall before traveling on to a meeting of the Group of Eight industrialized countries at a golf resort in Enniskillen. The 1998 Good Friday Agreement, negotiated with the shepherding of former U.S. Senator George Mitchell, ended the long-running conflict between Northern Ireland’s Catholics and Protestants. But barriers remain even today, including 100 barricades, or “peace lines” of brick, steel and barbed wire, according to the Associated Press.

He could have been talking about any number of current conflicts or wars ended where peace still rests on shaky ground, such as in Bosnia-Herzegovina, where demonstrators are persisting for more than 10 days now in pressing their ethnically divided government for progress. Of course, the President made clear that was his intention – to send a signal to those involved in the current conflicts as well.

Mitchell talks about the Northern Ireland peace process in a video produced for USIP.

“It takes generations who didn’t see innocent members of their family blown up by a bomb just because they happened to be in the wrong place at the wrong time,” Mitchell says in the video, which is posted on the web site of USIP’s Global Peacebuilding Center. “It’s hard to restore trust; easy to lose it. It isn’t there yet in Northern Ireland, but it’s on its way.”

He, too, could be talking about any number of current conflicts or those just -- but not quite -- past.

U.S. Institute of Peace is  saddened to learn of the... 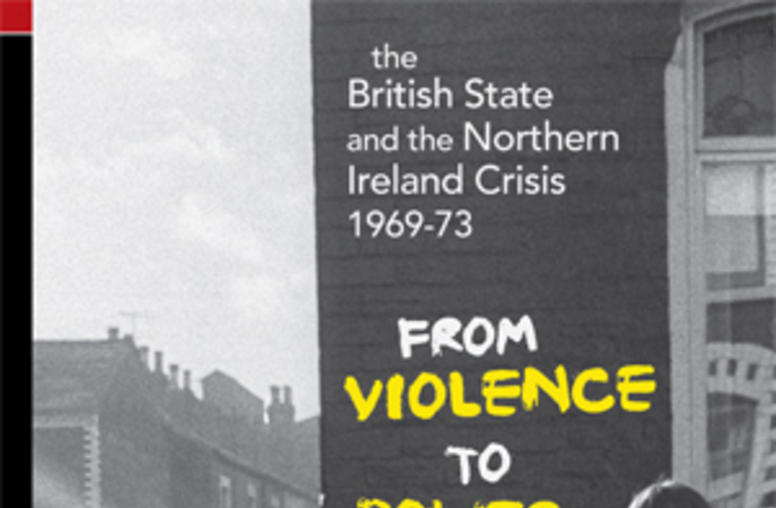 Focusing on four case studies, William Beattie Smith traces the evolution of British policy from 1969–73 and depicts how easily a conflict over national identity can turn into bloodshed, grief, and horror; and how difficult it is to restore peace once a serious fight has started.